Protect Your Grandchildren : The Alexander Case

In March of 2021, the North Carolina Court of Appeals handed down a decision regarding Grandparent visitation rights as they pertain to child custody cases. In Alexander v. Alexander, the mother and father were in the midst of a custody dispute when the father’s parents made a motion to intervene into the suit and filed a claim for visitation with the parties’ daughter. Pursuant to North Carolina’s grandparent statutes, the court granted their motion to intervene. However, at this time the Father was terminally ill and passed away before the court had the chance to make a final ruling on the Father’s original motion to modify the child custody order, and before they could address the grandparent’s request for visitation. After the Father’s death, the court awarded the Mother sole legal custody and primary physical custody. However, they also awarded extensive custody to the grandparents, to include every other weekend and every other holiday. 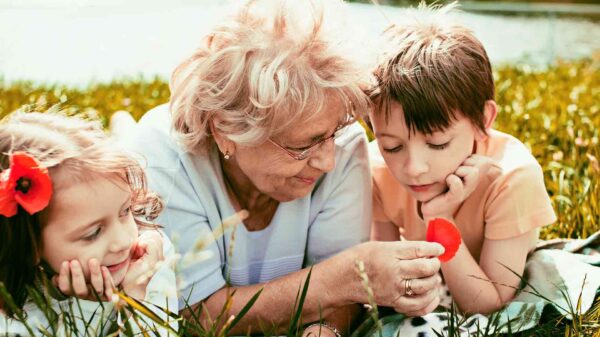 The question before the court of appeals then became, did the trial have the statutory authority to grant this level of custody to grandparents, and did they have the constitutional authority?

On appeal, the Mother argued that the court had neither. She argued that once the father died, the court no longer had the ability to grant visitation to the grandparents. This is because once the father died there was no longer a custody dispute as between the two. Her argument was based on the many times the North Carolina Court of Appeals has held that grandparents only have statutory standing to sue for visitation when ‘the custody of a child is in issue or being litigated by the parents.1 The court of appeals did not accept Mother’s argument here. They held that because the Grandparent’s had motioned for the visitation while the Father was still alive, and the custody dispute was ongoing, that they satisfied the ‘in litigation’ requirement.

The Mother further argued that the court lacked the constitutional power to award the grandparents this visitation. She argued that it was unconstitutionally interfering with her fundamental due process right to exclusive care and control of her daughter, as well as her right to determine with whom her daughter associates. The Court of Appeals did not completely disagree with Mother’s argument here. The court found that while the NC’s grandparent statutes are not facially unconstitutional, they were unconstitutional as applied to this case. In coming to this conclusion, the Court of Appeals relied on their previous decision in Troxel v. Granville, 530 U.S. 57 (2000), wherein they held that while the court may award visitation to grandparents they must also give sufficient deference to the parent’s decision regarding whom their child associates with. The Court of Appeals noted that in this instance, the trial court did not properly defer to the mother’s decisions regarding visitation, and in fact had awarded visitation to the grandparents that was much too extensive to be constitutional. The court further noted that an award of visitation cannot ‘adversely interfere with the parent-child relationship,’ and granting the grandparents every other holiday and every other weekend, here, did just that.

So what does this mean for your case involving grandparent intervention? The court had, and still has, the authority under G.S. 50-13.1 to award custody or visitation to grandparents if there’s a finding that a parent is unfit, and has thus waived their constitutional rights. A parent is unfit if they’ve been shown to have neglected the welfare of their child or otherwise acted inconsistently with their due process right to exclusive care and control of their child. As with any custody case, the court in that instance, must still conclude that awarding grandparent custody or visitation is in the best interest of the child.

What if neither of the parents are unfit? The court may nonetheless grant visitation rights to grandparents pursuant to GS 50-13.2(b1) and G.S. 50-13.5(j). They may grant visitation so long as there is an ongoing custody dispute between the parents and (1) the grandparents have overcome the presumption that the parent’s decision regarding visitation is in the best interest of the child, (2) the visitation is in fact in the best interest of the child, and (3) the visitation awarded does not adversely interfere with the relationship between the parent and the child.How do you meet these standards? There’s been little guidance as to what factors may support the above finding. However, some factors noted in Alexander included: