Navigating the rough waters of the American court system: A family court perspective 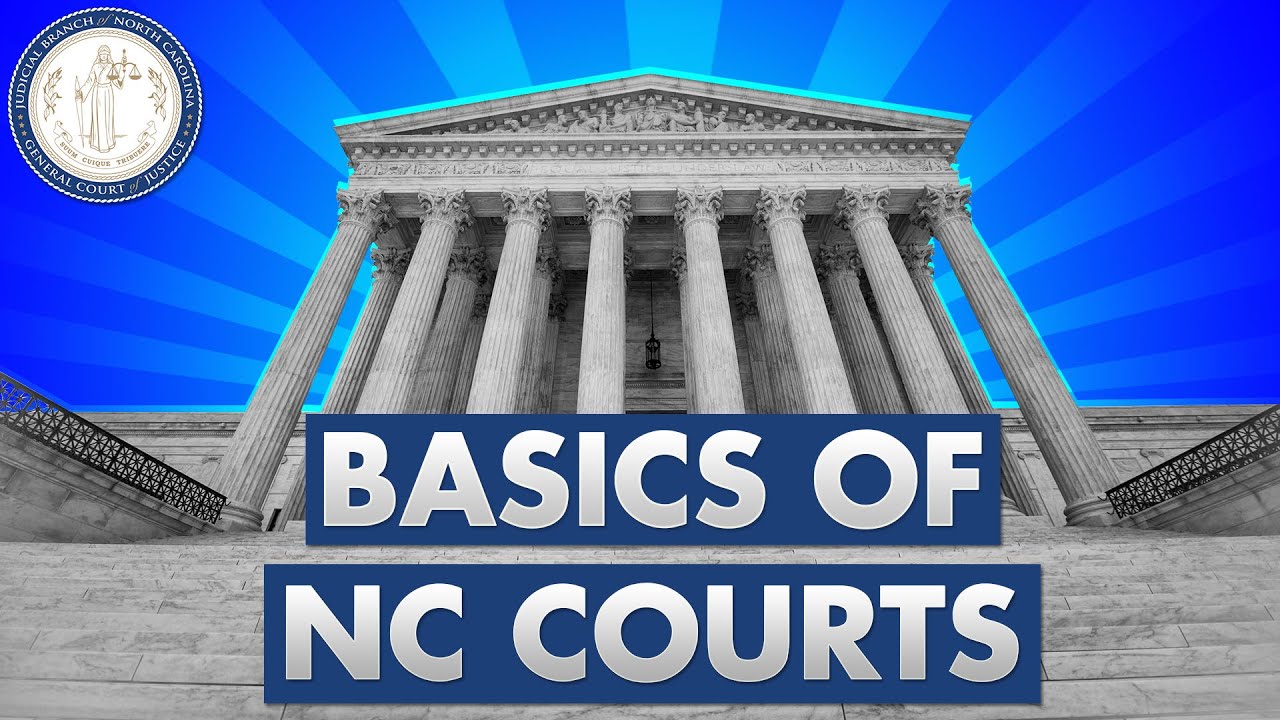 Why does the American court system have to be so complicated and intimidating to the average person? We hear on the news that a law has been declared unconstitutional, but WHO determined that and WHO does that decision apply to? Was it the court of appeals? Of North Carolina or the United States? You almost need a flow chart to figure it all out. We can break it down though. I’ve listed a couple questions and answers below:

The reason we have a 3-tier system is to have checks and balances on our judicial system. We don’t want one disgruntled judge making a final determination that can never be reviewed by anyone else. And we don’t want legislatures making laws willy nilly either. If you think the decision or the law is erroneous, you can appeal it to the next tier.• What do federal courts do?
Federal courts hear cases about state and federal laws that are challenged based on whether they are unconstitutional. Federal courts interpret the U.S. Constitution and decide whether or not the laws are in line with it. Federal courts hear other types of cases involving federal laws and regulations too, but constitutional work is the majority of what they do. I am going to focus more on state courts because that’s where I practice.

• What do state courts do?

State courts hear different types of cases than federal courts. State courts will review a variety of issues and cases. For family law, if you don’t like the decision the judge made in district court, you have to show an “abuse of discretion” on the part of the trial judge to have an appeals court overturn it. See, judges have a broad range of discretion to determine what they think is in the best interest of the child or if a spouse should get an unequal distribution of property. The NC Court of Appeals does not want to be reviewing every decision just because someone doesn’t like it or disagrees with it. There has to be such a lack of competent evidence presented, that the trial judge could not have reasonably come to the conclusion that is under scrutiny.

• How could this apply to you?

For example, let’s say you’re dad in a custody case. You have had custody of your daughter and mom is trying to modify the custody order to get custody of her. At the trial, there is uncontroverted evidence that your child does well in school. She has As and Bs and her report cards were admitted into evidence. There is no evidence presented about the relative abilities of the parents to assist in her education. You both have a college degree and work full time. However, the trial court (Judge Joe) changes custody from dad to mom for the sole reason that mom is more suited than dad to help her with her school work. If there was no competent evidence to suggest this finding and Judge Joe came up with it in his own brain based on a mere assumption, that could be an abuse of discretion. Do things like this really happen? Sometimes, yes. However, it’s rare that you actually have a decision that is appealable. I would venture to say maybe 15% of the time.

• What would you do next in the above example?

You could appeal Judge Joe’s decision to the NC Court of Appeals. An appeals attorney would have to get a copy of the record, write a brief, and go to Raleigh and argue why there was an abuse of discretion. The court of appeals has 3 options:

Lots of people want to appeal when they don’t like the decision. But not everyone can and not everyone should. You have to have the right type of case. You have to start going up the chain, and at any point it can get pushed back down the chain. Your outcome may not be favorable and it may take several years to get there. It’s a roller coaster ride. Take your Dramamine before you hop on board.

Brittany is dedicated to her clients and helping them navigate through what might be the worst time in their life. She understands how much you love your family and she wants to help. The best way to describe her is honest, tough, and experienced. She has an impeccable client satisfaction rate because she considers her work a calling to serve others. She has litigated before every judge and against almost every attorney in New Hanover, Brunswick, and Pender Counties and recently expanded her work to Columbus County. She will help you determine the best way to resolve whatever fight you are fighting, and if you can't resolve it amicabily, she will fight it for you.