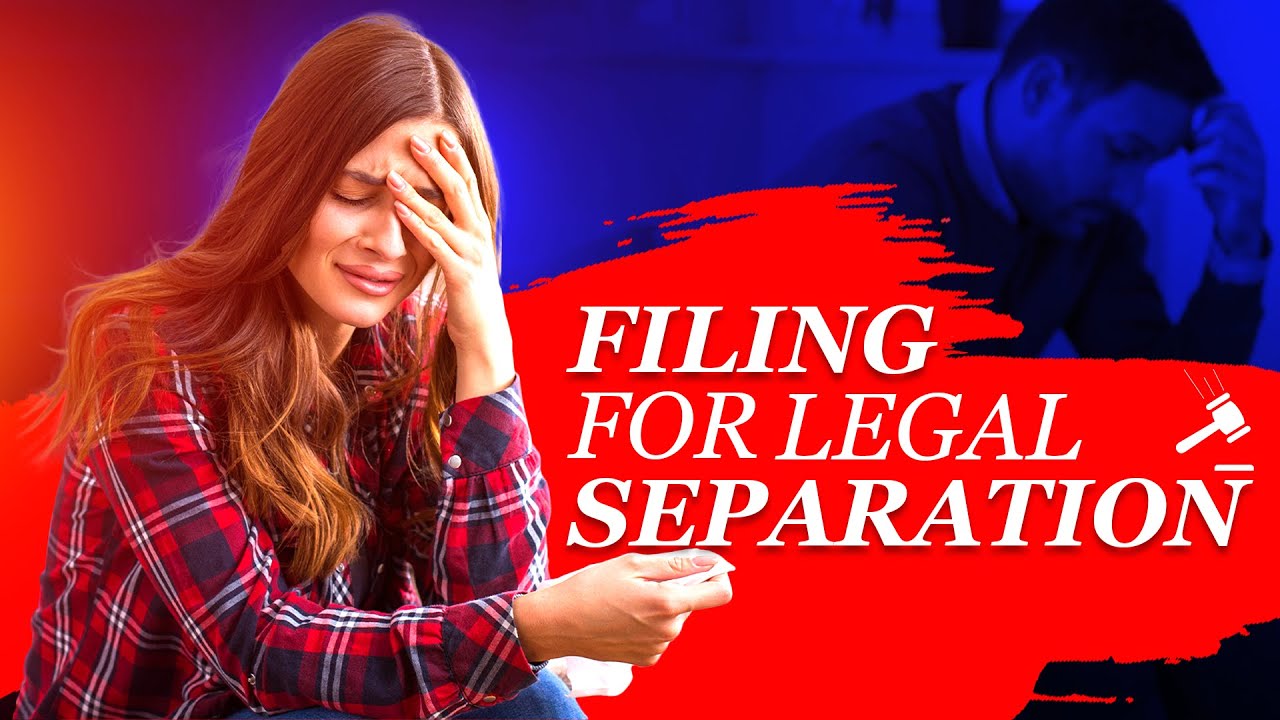 The first question most people have when I meet with them is how do I get separated? And honestly, that is a great question! It feels like something so big should be complicated, but really, it’s not. To be legally separated you must live under separate roofs, and at least one party has to have the intention to be separated. Let’s break that down…

One party has the intent to be separated – This means that only one person must have that intent. If you move out and your spouse does not want to be separated, but you do, that is all it takes. I recommend you communicate that, in writing, to the other party so there is no confusion.

When both of those items have been met, you are legally separated.

But wait, don’t I have to file something? No, to be legally separated you only need those two things. Once you have been separated a year and a day you can go down and file a complaint for absolute divorce. When you file for absolute divorce you sign a verification, in front of a notary, which states, under oath, that everything you put in your complaint, including your separate date, is true. That is all of the proof the Court needs.

Why is this important, other than to mark when you can get a divorce, you may ask? Well, if you have marital property that needs to be divided out this date is critical. Date of separation, or DOS, is the date we use to value marital property when we are dividing it. You could say we take a snapshot of everything in the marital estate on date of separation and generally, those are the values that are used, even if you are separating your stuff years later.

If you have recently separated or are thinking about separating, I highly recommend getting copies of statements for all bank accounts you have, as well as debt and mortgage statements. You do not want to be trying to track down those statements, months or if your case is pending that long, even years later because whenever your marital estate is divided, they still use DOS values.

One other thing to keep in mind for why DOS is important is it is also starts the clock for when you can get divorced. Ok, great, didn’t I explain that above? Well yes, but in the state of North Carolina it is important to note that if you do not make a claim for Equitable Distribution (dividing marital assets) and/or Spousal Support, and your divorce is granted, you waive those claims FOREVER!! So, the quicker you see an attorney, if you are thinking about separating or have separated, THE BETTER!

Associate Attorney Jessica Arthur is one of the few people who specifically choose to go to law school with the express intent of being a family law attorney. Jessica has focused the entirety of her practice on family law and areas of law that overlap into family law.  It is her passion and her mission. Even on the worst days she is grateful to be doing this work as, “no one can beat my good days.” From the start of Jessica’s practice, she was mentored by one of the area’s few Family Law Specialists (Janet Gemmell).  Since that time, she has become a skilled family law attorney and is soon to be a certified mediator.  Jessica has the skills, education, and desire to find solutions that work for everyone.